No floats or fireworks, but small ceremony celebrates holiday's roots

Amidst barbecues and beach days, family cookouts and fireworks festivities, there was a more low-key celebration that took place Monday morning. Approximately 30 people gathered around the World War …

No floats or fireworks, but small ceremony celebrates holiday's roots 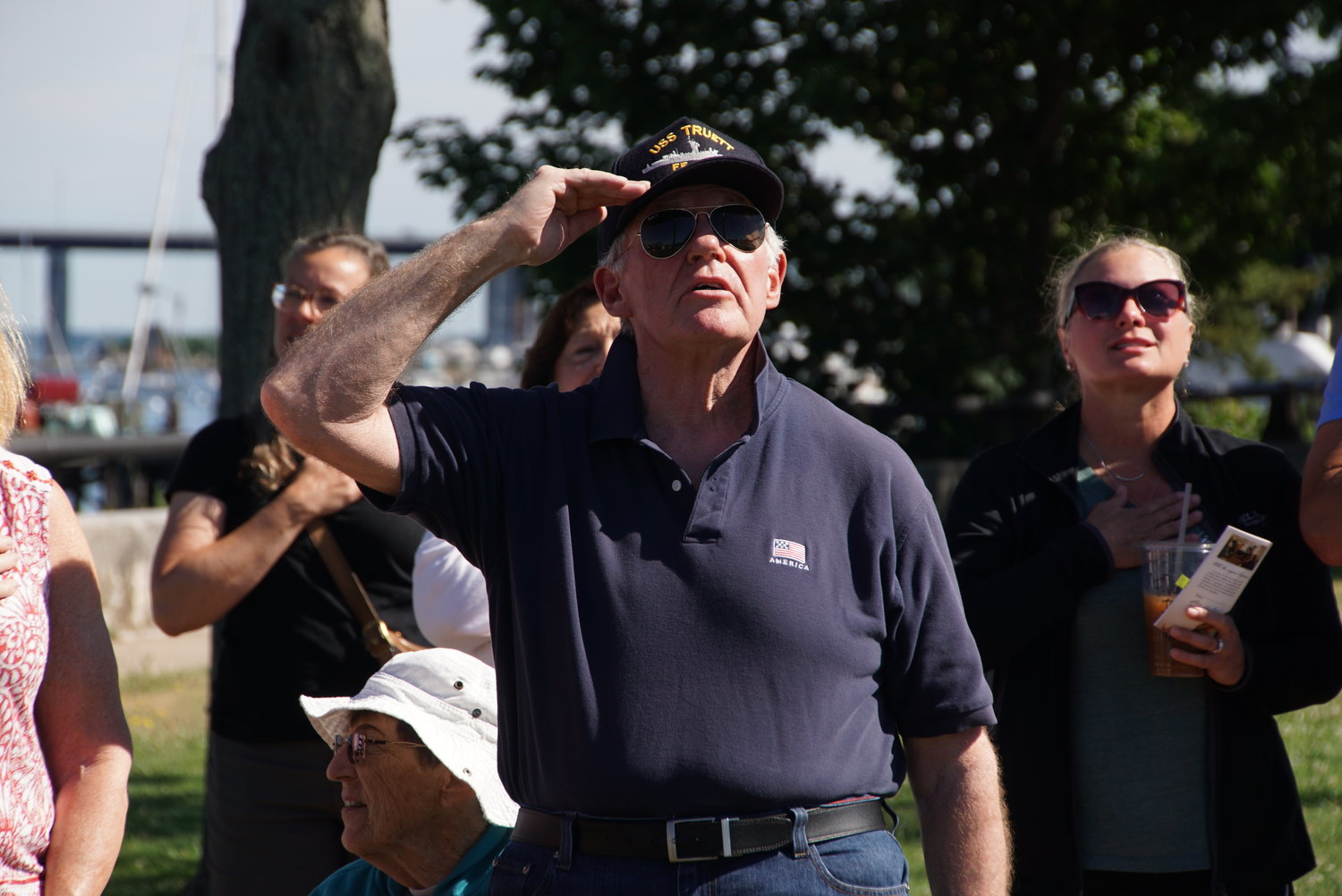 John Higginbotham, a United States Navy veteran who served on the USS Truitt and USS Suribachi, salutes as the crowd recites the Pledge of Allegiance Monday morning.
JEN CAMPISI
Posted Thursday, July 7, 2022 9:14 am
By Jen Campisi

Amidst barbecues and beach days, family cookouts and fireworks festivities, there was a more low-key celebration that took place Monday morning. Approximately 30 people gathered around the World War I memorial statue in front of the old Stone Bridge to celebrate by reading the Declaration of Independence. For the past decade, Susan Anderson has organized this event for the public to share in her patriotism and partake in the true meaning of the holiday.

“We all need to remember why we enjoy the freedom we have in this country, and why the Congress declared our independence as a separate country from Britain,” said Anderson.

Under the bright sun, a crowd joined to read and reflect on the day's true meaning. Before reading the Declaration of Independence, Anderson, the outreach and education coordinator for the Tiverton Historical Society, presented a brief lesson on the Founding Fathers and what independence means to Rhode Islanders.

“I’ve been doing this since 2012, and mainly because after 9/11, I just felt like I had to do something,” said Anderson, who was visibly choked up at the end of the readings, when all participants spoke in unison. “I’m obviously very patriotic, and it just gets to me. It’s just so important, and I’m glad that so many people feel the same way I do about our country and about trying to make it better.”

“Instead of listening to one person read the Declaration of Independence as many towns around the country do, I would like ‘We, the people’ to share in the readings altogether,” said Anderson.

“The reason we read it aloud and take turns is because people actually listen to it and understand it this way when they can follow along,” she added.

The event lasted about half an hour, and the readings concluded with reciting the Pledge of Allegiance, singing God Bless America, and joining in together in prayer.