Prospective solar farm operators in Westport will have less room to work with in the future, after voters at Town Meeting earlier this month passed a by-law change that reduces the maximum amount of … 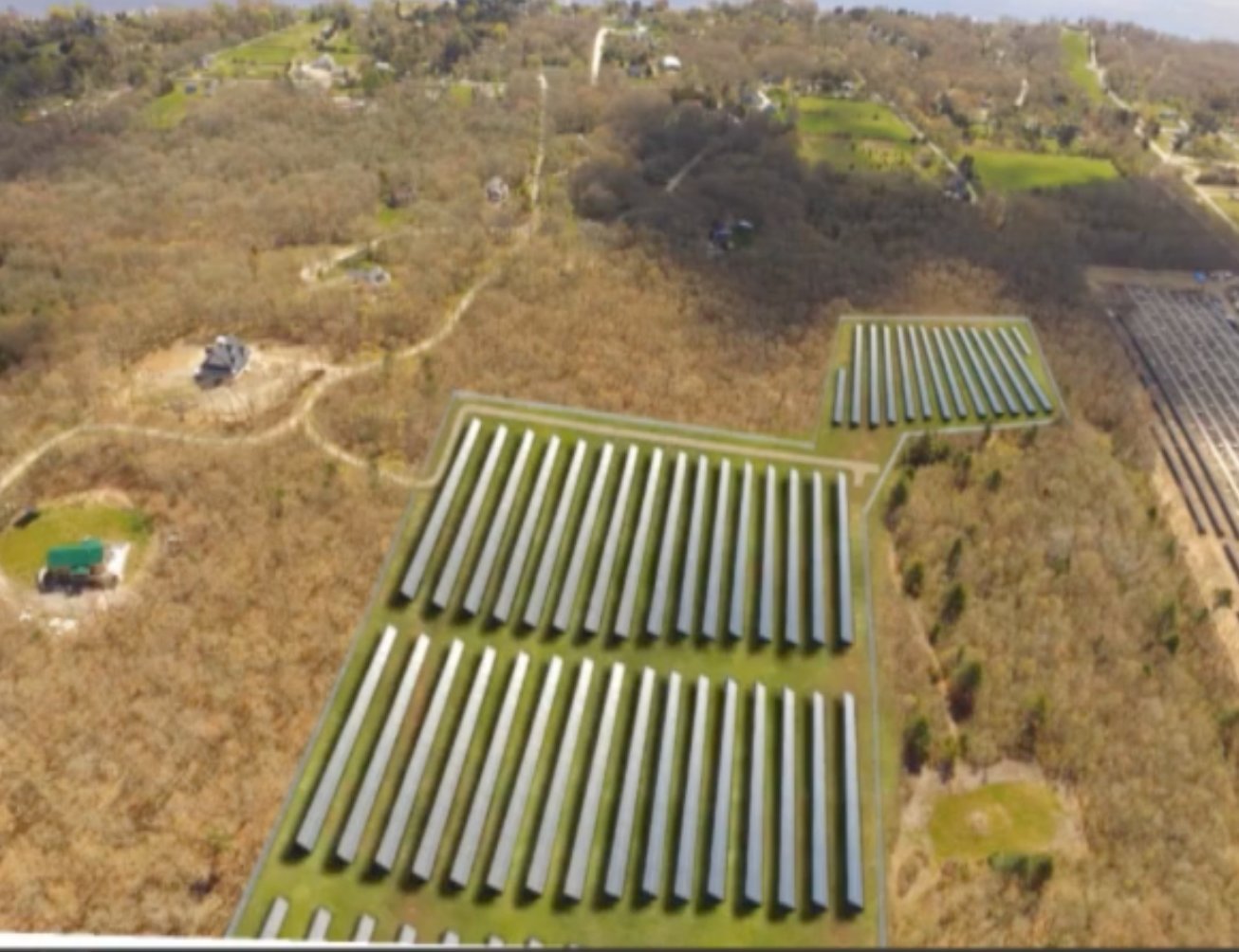 Developer’s rendering shows solar panels on land between Drift Road and Route 88 along Soules’ Way (an additional section is barely visible in the foreground). This is from a proposal before the town two years ago.
Posted Friday, May 20, 2022 4:04 pm
By Ted Hayes

Prospective solar farm operators in Westport will have less room to work with in the future, after voters at Town Meeting earlier this month passed a by-law change that reduces the maximum amount of cleared acreage for solar farms by 25 percent.

Warrant article 27, among several other changes, reduces the maximum clearing area for solar farms from the previous 16 acres to 12. It also specifies that arrays must be 72 inches at their lowest point "except in cases where agriculture is an integral part" of the plan. The by-law already mandates that arrays must not rise more than 15 feet above grade.

Several residents suggested possible changes to the warrant article, though all were ultimately rejected before the vote.

Josh Small, of Horseneck Road, suggested adding a requirement that all solar arrays have at least a 250-foot minimum setback from residences. His reasoning was that it would reduce the risk of electrical fires.

"If you increase that boundary you have less chance of losing your house," he said.

But planning board chairman James Whitin and others who spoke said they questioned the need for and legality of the amendment.

"We have photovoltaics on house roofs without concerns for safety," one voter said.

"I am not sure that this would be much different than what happens already," Whitin said. "There's a 100-foot setback from a property line, 250 from street lines, 100 from wetlands and especially in the business district, you're not going to find open space for photovoltaics if you have all these increasing restrictions on where you can do this. It may turn out ... this is too much of a restriction to comply with state law" that specifies that municipalities cannot unreasonably regulate photovoltaic systems.

Another proposed amendment came from resident Constance Gee, who asked that the amount of cleared acreage be reduced not to 12, but to six, acres.

"Maybe it's time that the town stands up to the state and the corporations, and see what happens," she said. "It's worth taking a stand at some point.

But Whitin said he didn't like that idea either.

"I'm pretty sure that that (six-acre amendment) would violate state law and be rejected, and we would still be stuck with 16 acres," he said.

"This is a revenue source that keeps farming in Westport. We have tweaked the by-law reducing the amount of clearance allowed. We want to keep thinking, 'What is the right number?' But we are always thinking that there's a balance of revenue, primarily for farmers to keep farming."

In the end, the proposed amendments were rejected and the by-law change was approved as written.