What a gig — Youth Westport rowers head to Connecticut

Five young rowers from Westport took part in a first Saturday — an open water race hosted by the Sound School in New Haven, Ct. It was the first competition for kids involved with Dharma …

What a gig — Youth Westport rowers head to Connecticut 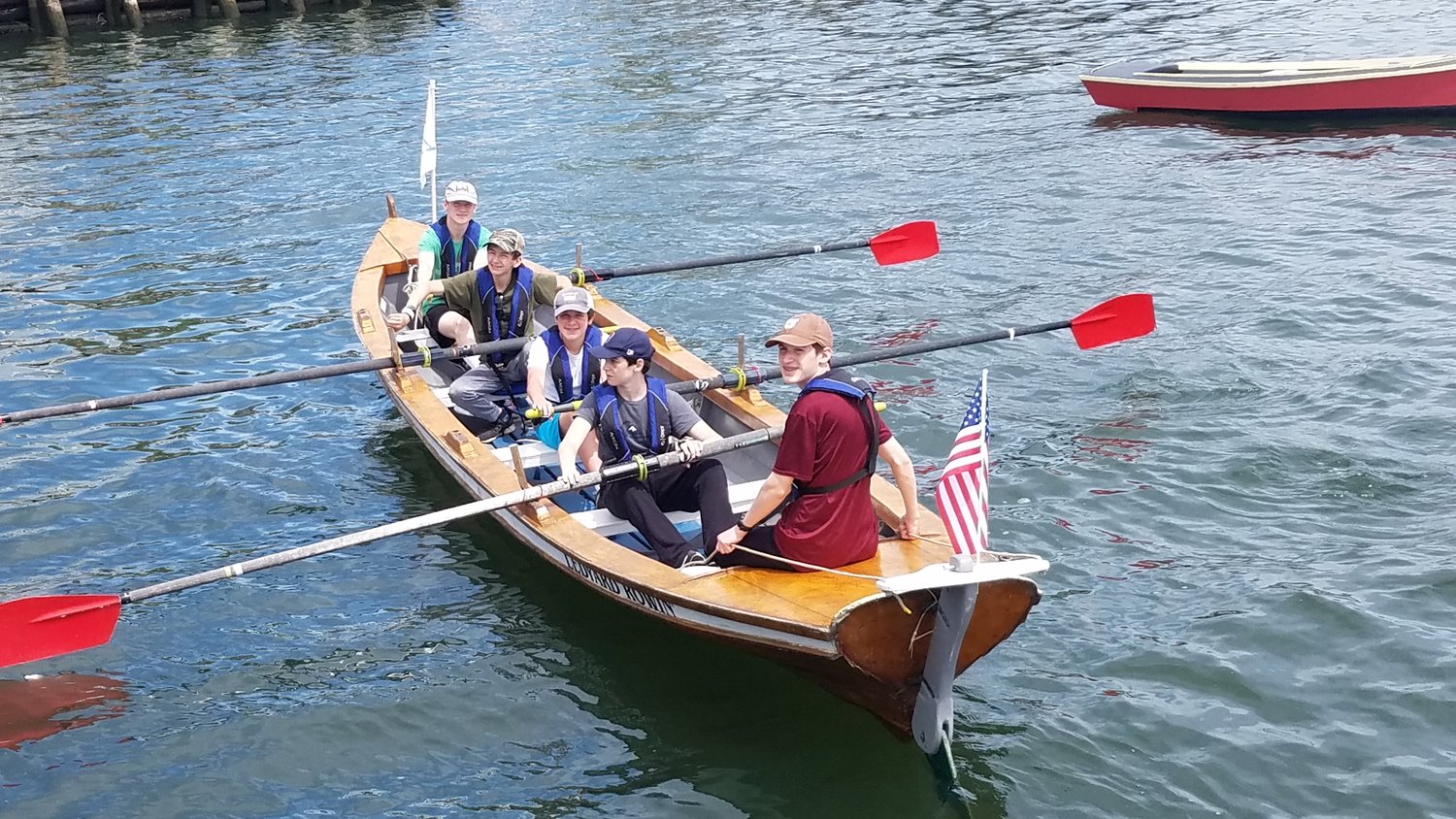 The Sound School Elm City Open Water Challenge consisted of a series of heats followed by a sprint on New Haven Harbor. Westport's crew consisted of Blake and Ethan Stewart, 13 and 15 years old, respectively, Monty Jonsson, 13, Andre Jusseaume, 14, and Sam Hall, 13. Hoping for a good showing, the boys held three practice sessions on the Westport River's East Branch prior to the race.

On race day, Dana Stewart of the Westport Recreation Department and Beth McCurdy of Dharma Voyage, accompanied the boys as they rode the train from Providence down to New Haven. There was plenty of competition. Approximately 60 young rowers from New York City, Connecticut and Massachusetts were there to compete on 26-foot Whitehall gigs. The large traditional rowing boats are tricky to row, McCurdy said — they are heavy with oars barely fixed in place, which simply lay between two wooden pins on the gunwales, with a bit of rope to prevent them from flying off. Crewing the boats efficiently requires teamwork, attention to detail and lots of practice.

In all, 12 boats, each with a crew of five, participated. Westport's crew ran three sets of sprints against four other boats and finished with a combined time of 11:38 minutes — a solid  presentation for Westport’s first CYR race team, McCurdy said.

The boys received a hand-made wooden award from the Sound School for their accomplishment.  “We couldn’t be more proud of these boys," McCurdy said. "They excelled beyond what we thought possible for novice rowers."

Westport's CYR runs again this summer, and those interested in learning how to crew aboard gigs and dories on the Westport River's East Branch can register here. Two sessions are planned, one in July and one in August, and space is limited to 10 rowers per session.

The program is open to youngsters in the sixth through 12th grades. Sessions (eight in July, and eight in August) launch from the Hixbridge Landing and run from 9:30 to 11 a.m. Mondays and Wednesdays The first session begins Monday, June 27; the second on Monday, August 1.

How it got started

Westport Recreation Director Dana Stewart and members of Dharma Voyage began meeting in 2020 to consider new opportunities for youth athletic activity in town. CYR emerged as a unique way to increase relevant programming and strengthen each organization's commitment to the community.

The first CYR session was held in August and ran two wooden Cornish Pilot Gigs on the East Branch. In all, 10 young Westporters participated in that first program.

In an e-mail, McCurdy rote that she is excited for the program's second summer. She wrote that it not only gives youth the opportunity to get out on the water and work and exercise as a team, but also provides a tangible link to the town's rich maritime heritage. She quoted the Westport Historical Society:

“The early inhabitants of Westport and their reliance on the sea, along with their boat building abilities, made this area a logical hub for 18th and 19th Century boat and ship building commerce."

"As our youth row these same waters, they see and feel history come alive," McCurdy wrote.