EAST PROVIDENCE — Some five months after the General Assembly voted to approve legislation and Gov. Dan McKee signed it into law, residents 21-years-of-age and older were legally permitted to … 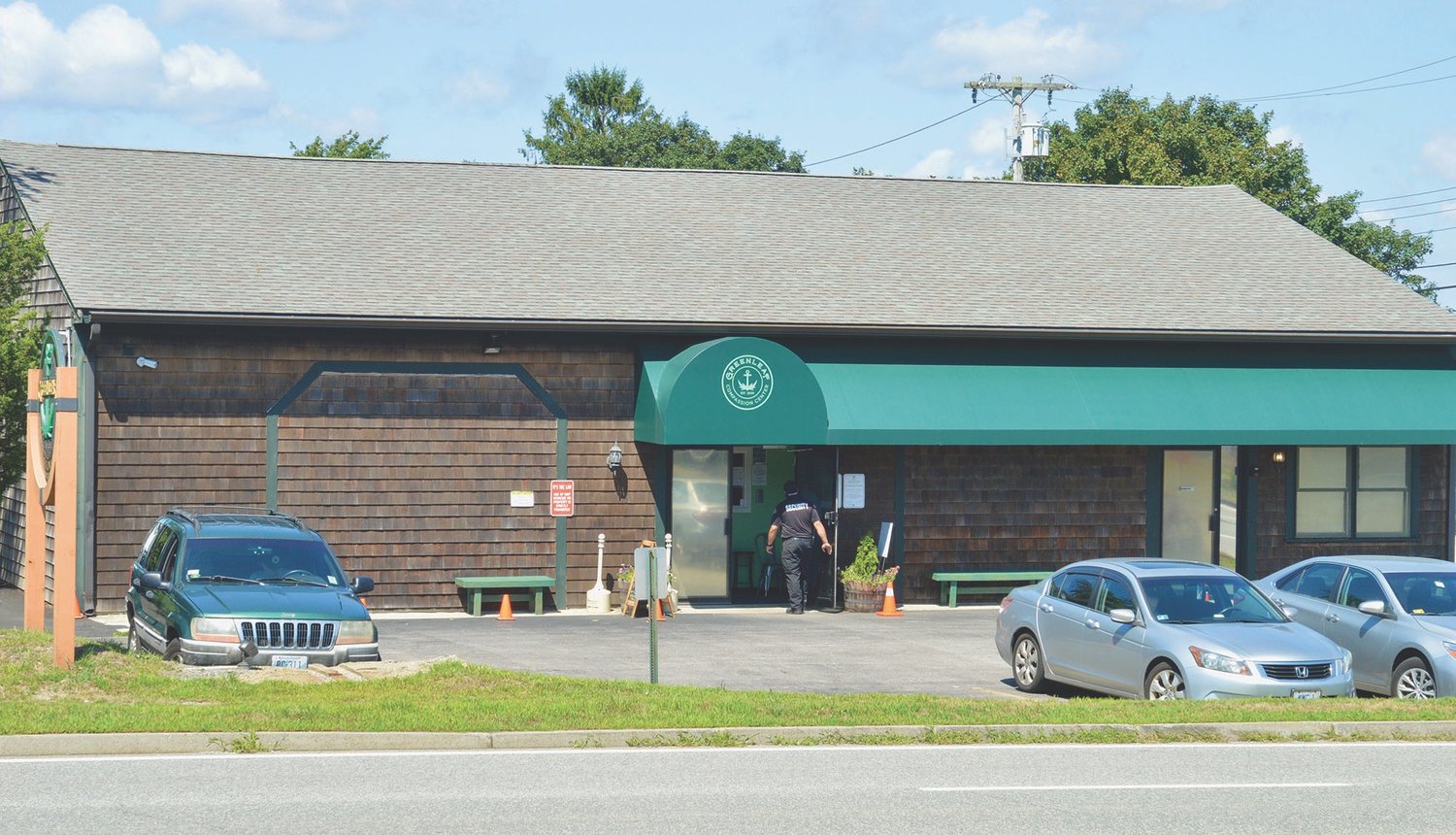 The Greenleaf Compassionate Care Center in Portsmouth is one of the five operators now licensed for recreational use sales as of December 1.
Posted Friday, December 2, 2022 2:12 pm
By Mike Rego

EAST PROVIDENCE — Some five months after the General Assembly voted to approve legislation and Gov. Dan McKee signed it into law, residents 21-years-of-age and older were legally permitted to purchase marijuana for recreational use at five authorized outlets around the state as of last Thursday, Dec. 1.

According to a statement issued by the governor’s office, the “hybrid retail licenses” allow state-recognized compassion centers to sell both medical marijuana as well as “safe, well-regulated and competitively priced marijuana products” to Rhode Island adults over the age of 21.

Both chambers in the Assembly backed the “The Rhode Island Cannabis Act” on May 24, 2022. McKee put his signature on the bill the next day, making the Rhode Island the 19th state to legalize marijuana possession by adults, joining neighbors Massachusetts and Connecticut.

The act not only allows for the purchase of limited amounts of cannabis is also allows for possession of up to one ounce in public or up to 10 ounces at home and to grow up to six plants, no more than three mature.

“This milestone is the result of a carefully executed process to ensure that our state’s entry into this emerging market was done in a safe, controlled and equitable manner,” McKee said in the statement. “It is also a win for our statewide economy and our strong, locally based cannabis supply chain, which consists of nearly 70 licensed cultivators, processors and manufacturers in addition to our licensed compassion centers.

"Finally, I thank the leadership of the General Assembly for passing this practical implementation framework in the Rhode Island Cannabis Act and I look forward to continuing our work together on this issue.”

Operations will be overseen by the Department of Business Regulation under a three-member Cannabis Control Commission appointed by the governor with input from the Speaker of the House and approval from the Senate. The commission will be assisted by a Cannabis Advisory Board and the existing administrative Office of Cannabis Regulation within the DBR.

Sales come with a 20 percent tax rate: 7 percent sales tax, 10 percent cannabis tax and a 3 percent tax by the municipality where the marijuana is sold.
Of note also, the legislation establishes what lawmakers deemed “a framework for common-sense adult use cannabis regulation with a strong emphasis on public health and public safety.”

East Providence Police Chief Christopher Francesconi and his brethren throughout Rhode Island have been keeping tabs on the progress of the legislation and preparing law enforcement personnel for the December 1 start date.

“Over the last several months, in conjunction with the Attorney General's office, we have provided guidance and training to our officers in relation to the new laws and regulations governing the use, possession and distribution of marijuana. The R.I. Municipal Police Academy is also holding an upcoming training that we will be attending,” Francesconi explained.

The “enforcement” aspect was certainly on the front burner when the legislation was being proposed and passed. It retroactively clears individual’s record of any criminal charges pertaining to small amounts of possession. It gives courts until July 1, 2024, to automatically expunge past convictions.

“Thus far I would say equipping our officers with the knowledge of the new and changing landscape has been our approach. Making arrests and successfully prosecuting marijuana/drug related DUIs is certainly a challenge. We hope to add Drug Recognition Experts (DREs) to our ranks to help with this,” Francesconi added.

The bill allowed municipalities to opt out of allowing marijuana sales in their community by referendum, which took place just this November. Residents here decidedly supported the question allowing for the potential licensing of compassion centers and/or recreational sale establishments in city.

In recent years, there was one approach by a developer to the city about the possibility of opening a marijuana dispensary in East Providence. However, the zoning board voted against sanctioning the effort.

For much of 2021, Circle Holdings, LLC sought a variance from use and site plan requirements in an attempt to retrofit the old East Providence Credit Union branch at 15 Circle St. in Rumford into a “Medical Marijuana Compassion Center.”

The zoning board, at the end of a special session held in August of last year specifically to deal with the matter, denied the requests on a unanimous 5-0 tally and after nearly four hours of discussion.
Circle Street connects Ferris and Newport Avenues.

It splits the C-2 district and a residential zone composed of Martha Road, Nimitz Road, Ridgewood Drive and Bellevue Boulevard.

Ferris Avenue includes the residential streets of Weeden/Don Avenues, Brentwood Drive and Tryon Avenue. And the Newport Avenue portion of the C-2 location has also long been home to pharmacies like Douglas Drug, then Rite-Aid and now Walgreens.

The parcel next to the discussed 15 Circle St. building was once the long-time home to the Rumford Barber Shop, but is now being redeveloped into an apartment complex.

Also, “The Little Scholars Preschool” is located at 355 Ferris Ave., a couple of hundred yards away from the 15 Circle St. building.

Added Francesconi, "If this does occur in the future we will work with and monitor the company to ensure they operate within the confines of the law and appropriate security measures are in place.”