Would be part of legal settlement, housing authority reveals

PORTSMOUTH — The Portsmouth Housing Authority (PHA) will eventually be getting “out of the ownership and management business,” its chairman told tenants of Quaker Manor/Quaker …

Would be part of legal settlement, housing authority reveals 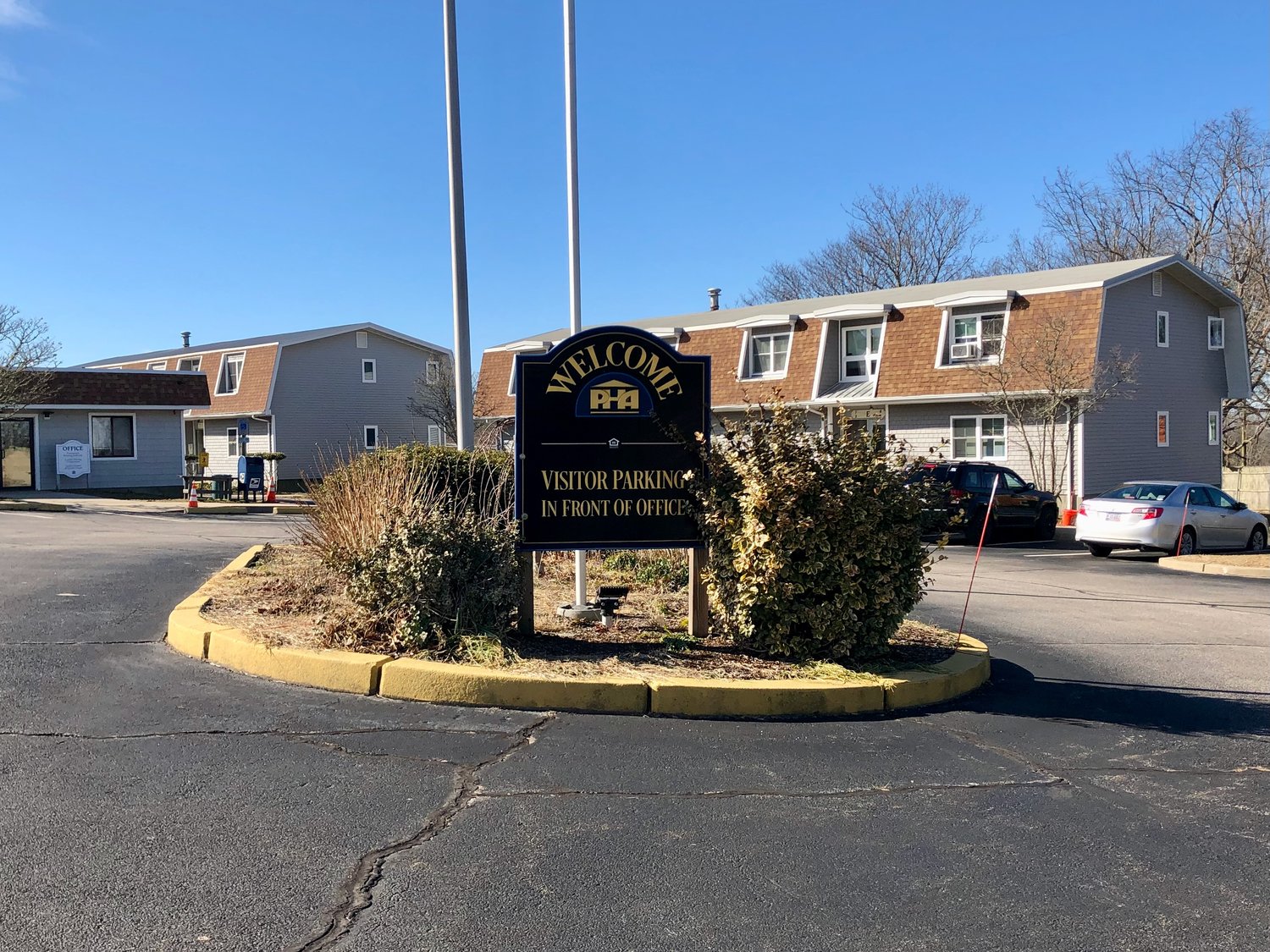 Residents of Quaker Manor/Estates have been complaining about maintenance and management issues for the past several years. However, Phoenix Property Management, which took over management in the beginning of 2021, has assured tenants there is a light at the end of the tunnel.
Posted Friday, May 13, 2022 9:12 am
By Jim McGaw

PORTSMOUTH — The Portsmouth Housing Authority (PHA) will eventually be getting “out of the ownership and management business,” its chairman told tenants of Quaker Manor/Quaker Estates during a meeting last Friday.

That’s one of the demands coming from the U.S. Department of Housing and Urban Development (HUD), which is in litigation with the PHA over a $50,000 fine the department leveled for three audits that were not submitted for Quaker Manor by previous management, PHA Chairman James Seveney said.

“We’ve entered into a legal process to negotiate our way out,” Seveney said.

The fiscal problems at the housing complex started years ago, not long after Quaker Manor — the original section of the development that’s now more than 50 years old — underwent upgrades. In 2015 Jim Dilley, running Coastal Housing Corporation — the previous property manager — while also acting as executive director of PHA at the time, reached an agreement with HUD for the complex to switch from its Section 9 housing designation to Section 8. That allows for a public housing authority to leverage private financing — such as a bank loan — when taking on major capital projects.

Dilley secured a $1.2 million commercial loan to pay for improvements to the older buildings, but the money went directly to a bank — not Coastal — to pay contractors, Seveney said.

The money has pretty much expended and the work completed, he said. “That’s the debt service – the mortgage — that’s dragging the place down,” Seveney said, adding there was “a miscalculation” of what Quaker Manor could afford.

Over the past several years, residents have been complaining about deteriorating living conditions due to the dearth of on-site management. “What you’ve living through is a pretty big reduction in staff, which is directly related to (the debt service),” Seveney said.

There’s also the issue of financial reporting requirements, which Coastal was not meeting, he said. HUD required Coastal to find a suitable replacement management agent, and Phoenix Property Management took over Quaker Manor/Estates on Jan. 1, 2021.

Quaker Manor is still owned by PHA, but that’s going to change. “There has to be structural change to the business. HUD doesn’t just expect this; they require it. They want it to change to the ownership of — HUD’s words — ‘competent authority.’ So what you’re looking at now is ‘incompetent’ authority,” Seveney said, drawing chuckles.

According to Charles Levesque, PHA’s legal counsel, because of the Authority’s recent efforts to address the financial reporting issues, HUD has agreed to postpone any type of litigation until Sept. 1.

“Where that’s ultimately going to end up, we’d been speculating. But I can assure you that this board is looking out for the wellbeing … of Quaker Manor,” Levesque said, adding that Phoenix is as well. “There are multiple organizations looking to try to get Quaker Manor back on solid ground … to be a place where you’ll be comfortable again.”

Michael Packard, a principal of Phoenix Property Management, Inc., also assured tenants that his company is working on a plan to address the issues plaguing the complex — while pleading with them to be patient.

“Quaker Manor, after some time, is finally in a better spot than it has been in a long time,” he said. “At the end of the day they don’t bring in enough money to pay the bills. We’re working on a plan to correct that, but the simple fact of the matter is it’s going to take awhile to correct the ship.

“One of the reasons I operate this property is that I want to be able to take care of it. I’m not going to let Quaker Manor die on the vine. If I have to put money into Quaker Manor to keep it afloat … then so be it.”

Packard assured tenants that their rent would not be going up due to the fiscal problems. “It’s still going to be based off of your income, and even though it seems the opposite is true, HUD has all of your best interests at heart,” he said. “There’s no risk that you’re going to be homeless.”

Despite their concerns, tenants have had positive things to say about Phoenix, and left the meeting feeling somewhat relieved. Ginger Duffy, a tenant of Quaker Manor, even thanked Packard for securing a generator for the complex.

“We’re not going to freeze to death in our apartments,” she said. “We’ve been fighting for this.”

Vonnie Nordby of Quaker Estates also offered praised to one of the on-site managers, who is shared with the Anthony House complex on Middle Road. Nordby and Duffy have offered to help set up monthly meetings with management to inform tenants of developments.

“We can help out with the property; we live there,” Nordby said.

Irene Helmers, who used to live in Quaker Manor but now has an apartment elsewhere in the complex, said she still misses the days when tenants enjoyed cookouts, Christmas parties, and regular meetings.

“We’re elderly and getting up there, and all we want is to be comfortable,” she said.

The PHA has tentatively scheduled the following meetings — if they are needed. They would all be held at 4 p.m. on Wednesdays: June 22, Sept. 28, and Dec. 14.

Photos: Rain's on the way; will it be enough for the farmers?