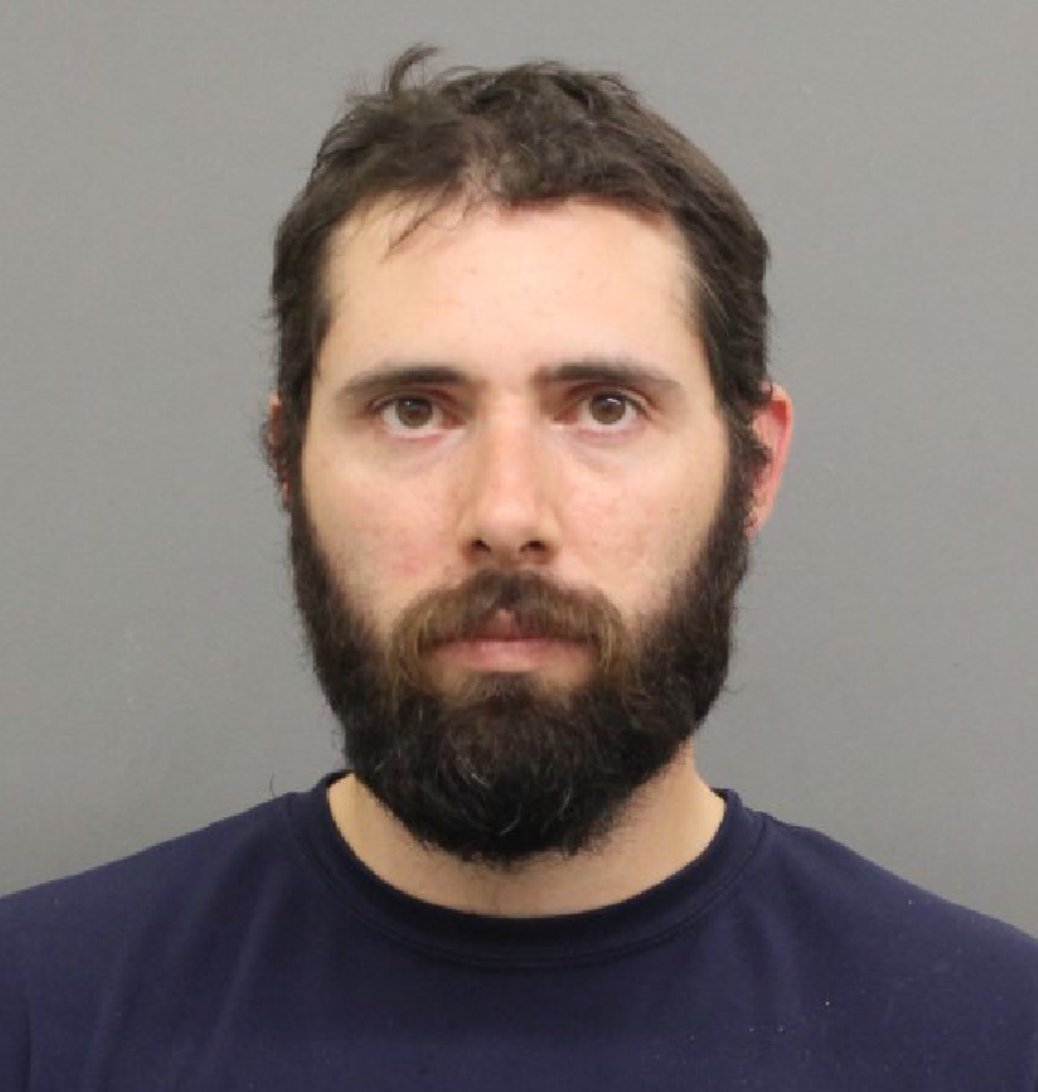 Stephen Farrea of Portsmouth as he appeared in his East Providence Police booking photo from June 2022.
Posted Monday, September 19, 2022 7:41 pm

PORTSMOUTH — A Portsmouth man was sentenced last week after pleading no contest along with another man to obstructing police after posting white nationalist recruiting flyers on utility poles in East Providence in June.

Stephen Farrea, 32, of 37 Souza Way, and Austin Conti, 26, of Warwick, made their please before Judge Joseph P. Ippolito Jr. in District Court, Providence, on Sept. 13.

Farrea and Conti were each sentenced to serve 20 hours of community service.

Both men are also facing charges in East Providence Municipal Court, where they pleaded not guilty to violating city ordinances by posting flyers on utility poles. That trial is set for Oct. 20.

According to East Providence police, two officers responded to the area of the Silver Spring Elementary School in that city the evening of June 21 after receiving a report of several men posting signs on telephone poles. The officers found posters on numerous poles which promoted the New England-based Nationalist Socialist Club 131, according to police.

After being told they were trespassing on the Gordon School’s private property, all of the men declined to provide identification at the time, police said. Farrea was charged with obstruction because he first admitted hanging the posters and then denied it, according to police.